Measles was officially eradicated from the United States in 2000, and yet 2019 has emerged as the worst year for measles outbreaks in 25 years. 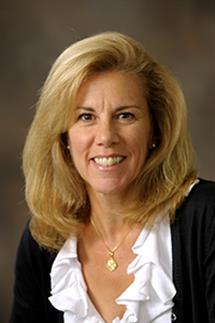 For the past six years, ISE professor Carolyn Beck has been probing how epidemic processes work, and her models can be applied to diseases of all types, as well as to computer viruses or even the spread of “fake news.”

“Our epidemic models are based on network structures,” Beck says. “Humans form what are called human contact networks. So we’ve been looking at how epidemics spread on these human networks, which are constantly changing. Also, we consider how interconnected different people are and how strong their connections are.”

Although this work focuses on disease epidemics, Beck says the models can be used with many other processes that spread and evolve over network structures. For instance, with the smart highway of the future, you might have a formation of self-driving cars zipping down the road, communicating with other cars all around them. They’re sharing information to achieve a safe speed and keep a certain distance between cars. But if a virus infects one of the cars, it can spread rapidly through the network, much the way that an infectious disease sweeps through a community. Beck’s model can track this.

Beck’s epidemic models can even be applied to the spread of opinions over a network, as well as the spread of a tweet on a social network. What’s more, marketing people can use these models to track the dissemination of their products.

“Marketers want to know the parameters under which they can be assured their idea or product will rapidly disseminate over a network,” she says. For them, the spread of their product is a type of “good infection.”

Beck says that over the years numerous research papers have analyzed these kinds of network processes, but in most cases the scenarios being studied are static. The network stays essentially the same. But Beck is looking at dynamic networks that are constantly morphing over time—such as an ever-changing disease process.

In the past, she points out, if you had a static network and the ratio of the infection rate to the healing rate was less than 1, than you could safely say the disease will eventually leave the system. But her team is looking at how that ratio holds up in a more dynamic model, in which the population is constantly changing and moving.

Beck grew up in the Pasadena area of California before coming to the University of Illinois in 1999, drawn by its top-ranked engineering program. Optimization of networks is a major theme of her lab, and another example is their work on wind farms.

When you have an array of turbines on a wind farm, the wind turbines can affect each other in dynamic ways. For instance, as wind passes through a turbine blade, it can create a wake effect, much like the wake of water formed behind a speedboat. This “wind wake” increases turbulence in the airflow, which can affect nearby turbines. The closer the turbines are spaced together, the greater the wake effect.

“Right now, wind farms do not directly take into account the effects of neighboring turbines,” Beck says. “We’re trying to see whether you can improve the power output of the wind farm by taking into account this effect.”

However, she says modeling the wake effect is controversial because it raises questions of how complex a model should be. Currently, individual control systems ignore the wake effect, which makes the controllers simple but less realistic. At the other extreme, you can design controllers for the entire system, gathering information from all wind turbines. But this is complex and can make for an unwieldly model.

“We’re trying to find something in between,” she says. Her team is also negotiating the possibility of working with real-life systems in cooperation with wind farms near the university.

When Beck started at Illinois, her first network-related work dealt with congestion control on the Internet. In fact, one of her graduate students working on this research went on to develop and implement certain IEEE standards for congestion control.

In a sense, her students form a dynamic network all their own, spreading the influence of what they accomplished at Beck’s lab all across the country—another example of a “good infection.”

“My students are able to take a multifaceted, difficult problem and solve some aspect of it by the end of their four or five years with me,” Beck says. “I’m so proud of them.”

Finding Clarity in the Fog

Coming into the ISE department as a Systems Engineering and Design, RuthAnn Haefli may have been conflicted about what her secondary field option would be, but because of her experience with computer-assisted design (CAD) she knew systems engineering and design was the perfect fit